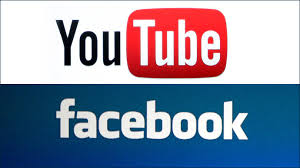 From the first glance the title of this article seems ridiculous: after all, Facebook is the largest social platform in the world, and one may wonder what chances does YouTube have against it.

However, in reality everything is not that simple.

Even though Facebook still has more followers, more and more marketers are choosing YouTube’s video ads as their primary means of advertisement. And, mind that, the trend is very much likely to continue.

The thing is, that YouTube became popular by the power of the users only - no algorithm is responsible for it. And that is a great thing, which means that YouTube is truly organic environment, giving a skilled marketer a possibility to make his or her video go viral and score big.

Nowadays YouTube is the second in the list of world’s largest search engines because of the vast possibilities and freedom it gives its users. The YouTube search system is incredibly user friendly, and if you are smart, you will definitely take advantage of that.

Facebook, for example, uses a different approach – it chooses what to show its users based on their preferences and the previous likes. That might often be relevant, but takes away a great deal of user’s freedom.

Just think: have you ever saw the exact video you wanted to see in your Facebook feed? We are sure that is highly unlikely.

No algorithm, however advanced, can surpass the advantages of the freedom of choice.

You can manipulate people into watching your content if you are skilled enough, that’s true. However, nothing compares to the results you get when people watch your videos willingly.

From a shady website no one knew about YouTube turned into the second largest engine in the world. That is a big edge over Facebook who was unable to gain advantage in this field, as its algorithms are very different from Google’s.

Marketers have much more possibilities for optimization inside YouTube, and the odds are, this trend will continue.

And do not forget about its’ current affiliation with Google, which is another competitive advantage – and a significant one, at that.

By the year 2015 YouTube has got more than 40 billion views of branded content, which is kind of a big deal.

With its help began the ascendance of brands such as GoPro and many others.

On Facebook attention span is fleeting: it is recommended not to make videos longer than 25 seconds in order to keep people’s attention. On YouTube, everything is different: people are readily watching videos that last 5, 6 and even more than 10 minutes (although we wouldn’t recommend you to go that far).

This means you get more time to influence your viewers to buy the product you are offering by telling about its advantages.

Even though Facebook still has an edge in this area as people constantly check their news feeds on their smartphones, there is news for those marketing on YouTube.

Over one billion of YouTube videos use their smartphones to watch YouTube videos every day. That's an incredible number, and you shouldn't miss an opportunity these figures give to you.

Moreover, users usually spend no less than 40 minutes for an average smartphone YouTube viewing session. You rarely get such results with Facebook.

It is much more effective than traditional way f marketing via television channel and allows to target the exact audience you want to reach.

That is why you need to pay attention to the YouTube development and use it as a channel for conducting your marketing campaign.

You'll see how effective can your marketing become with the help of YouTube.