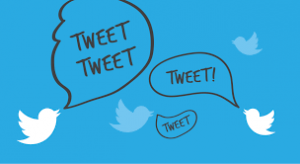 Seven Easy Tips to Get the Most out of Twitter

Even though when it comes to the amount of active users, Facebook surpasses Twitter by far, Twitter still is the best way for a brand to build the connection with its targeted audience in real time.

However, not any marketer knows how to unlock the true Twitter potential, getting the real results and boosting his or her business with the help of the fastest social platform in the world. They mostly use it to post the links to other, longer and “more important” posts on the Facebook or on the blogging platform.

No mistake could be graver.

By acting into the aforementioned scenario, you are losing the countless possibilities to make your tweets truly awesome, engaging your audience and attracting new followers with your expertise, wits and charm.

And there are many people to connect to: after all, out of 1.3 billion of users there have to be at least several million potentially interested in the product or services that your brand is offering to the world.

By the way, Twitter is especially useful for marketers: according to the latest studies, around 49% of its monthly users become the followers of certain brands and businesses. What’s more to wish for?

On the other platforms the statistics differ greatly – the amount of users following brands over all other social platforms barely reaches 16% on average.

Most Twitter users are also relevant in the wealth perspective: yearly income of 51% of them surpasses $50,000.

Can you see now how important it is to build a decent and effective Twitter strategy? Figured that much.

Take a look at tips that will help you boost your Twitter results:

The fact that you are allowed 140 characters of Facebook (and that’s about to increase) doesn’t mean you need to use each one of them. The research shows that tweets under 100 characters get much more engagement than the longer ones.

Make sure people can catch your message in one look – then the tweet has a chance to grab person’s attention.

Twitter users tend to scroll through the lengthy tweets without truly reading them, and that’s the direct opposite of what you desire.

So, before publishing something, think whether you can shorten it a bit.

2. Use the right words

Research shows that Twitter users tend to respond more actively to the certain phrases and words.

Among those that can bring you more engagement are “please”, “top”, “free”, “new” and “follow”. They are retweeted more often.

Remember that while choosing the wording of your tweet and use the scientific data to beat the competitors.

Users can engage with your tweets only if they see them. And with the speed of the Twitter’ feed update that might prove tricky. You are risking getting lost in the loads of other tweets, including those of your rivals.

To avoid such unfortunate situation, figure out the time when most of your targeted audience is online and active. The exact time might depend on the demographics, especially age, and time zones, so there’s a lot you need to keep in mind.

However, the tweets posted between 8 AM and 7 PM tend to get more engagement – up to 30% more.

4. Do not ignore the complaints

The worst thing you can do after receiving a complaint, no matter if it is justified or not so much, is to turn a blind eye to it, hoping it will go away somehow, and everybody will simply forget about it and carry on.

Ignoring a wrong complaint (or ignoring a one complaint too many) can completely ruin your reputation.

Always respond to the critique as soon as possible, preferably in a polite and helpful manner. Usually showing willingness to address the issue, even if the complain is well-founded, will be noted by the rest of your targeted audience and taken into account, therefore increasing your credibility.

So do not hesitate to encourage your followers to retweet your post or engage with it otherwise. It won't be a bad taste.

As a business owner or marketer you are always extremely busy developing your product and promoting it, so no wonder sometimes finding half an hour a day to engage with new potential followers sounds like a mission impossible.

However, you are not the first brand facing this problem in social media, so there' already a solution - you need to try automatic engagement.

You can find loads of tools, helpful for lead generation in social media, in the Internet. Some of the are even free or at least very affordable.

These tools will save you several hours every week - hours you can use to work on your product more and make it absolutely perfect.

Twitter has introduced a new feature recently, which can help you in this challenging task of earning Twitter popularity. Now Twitter users are able to create their own polls - and that's incredible news for marketers.

First of all, people love polls and other interactive content, so you'll get much more engagement than usual.

Second - you can use these polls both to attract and entertain people and also to gather useful data about their tastes, for example, with the help of some carefully prepared questions added to the poll.

Polls are great for evaluating your targeted audience's opinion and for getting an edge over your competitors in your niche.

Twitter can prove itself to be an extremely valuable marketing tool; so try using it to its fullest and you'll see the returns will be astronomical.

Feel free to tell us about your own Twitter tips, we'll be ready to discuss them!

Be always ready to engage with Twitter users - and you'll build yourself an army that cannot be beaten.