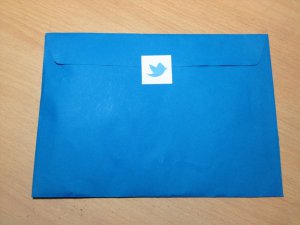 Nowadays, it competes with Facebook itself. Every 48 hours billion of tweets are written.

Does that mean you can use Twitter to promote your business? Well, not unless your tweets really stand out and get the audience’s attention.

Not long ago Twitter decided to expand its Twitter Publisher Network and added a notable extension that was named Twitter Audience Platform. This extension allows you to focus tweet engagement, monitor how many people view your videos and engage with your followers.

But to make most of this platform, one must learn to use it the right way.

So here’s the recipe to success with Twitter Audience Platform:

Kids aren’t the only ones who prefer books with pictures.

Twitter itself conducted the research and found out that tweets containing images get 35% more retweets.

That is why you should wake up your imagination. Make the visuals as rich and vivid as possible, and you won’t have to wait long for retweets and likes.

Statistics is an unstable source of engagement: while tweets containing statistical data get 5,4% retweets, at the same time the clickthrough rate is 32% lower than with other tweets.

3. Get your pictures the right size

Make sure you’ve checked your images’ size before uploading them.

4. Learn to tell a reply from a mention

That one is in the list of the most common mistakes users make on Twitter. If you reply to someone and start a tweet with his or her handle (for example, @ybmg), the message will only be shown to you, the person whose name you mentioned, and people that follow both of you at the same time.

Want everyone to be able to see your conversation? Place a period before the handle (.@ybmg) or put the name in the middle of the message (learn the secrets of #Twitter with @ybmg).

Then it will truly help you in expanding your reach.

Twitter allows you 140 characters per tweet, but that certainly doesn’t mean you should use everything you’ve got up to the last character.

Twitter is a highly mobile platform, so keep the messages short and meaningful.

6. When you retweet, give credit to the author

No one likes a thief and plagiarizer. If you retweet someone’s thought, picture or a video, make sure to mention this person and thank him or her.

Besides the moral expert, it gives you a possibility of them seeing your tweet and retweeting it, therefore introducing you to their audience, too. And there’s nothing better than to grow your following base in such an easy way!

Tweets with hashtags get 55% more retweets, so the temptation is great, I know.

However, #don’t #overuse #hashtags! Tweets with one or two hashtags receive 17% higher engagement than tweets with three or more hashtags. That certainly says something.

So keep it civil.

8. Don’t fall for trending hashtags, if they are irrelevant

Basically, what it says in the title. Wave of trending hashtags may be pleasant to ride, but don’t use an indie music trending hashtag if you are writing for a steel industry, for God’s sake!

Don’t force it. Us popular hashtags where they come naturally.

9. Don’t leave the verbs out

Verbs are more effective in motivating people to engage with your Tweets, so use this tool at its maximum!

Too much information, even if it’s relevant, makes people annoyed, then irritated, then furious. And then they simply stop following you.

Don’t be a spammer.

To save the so-needed characters, tag users instead of mentioning them with the help of the handle.

Still allows them to see and retweet it, but also gives you possibility to write something you consider important.

According to the statistics, if you place links 25% through the tweet, they will get higher click through rate.

So think before placing that link.

Long links eat your precious characters and look untidy, so shorten them. There are plenty of completely free services allowing to do that – from bit.ly to Google URL shortener.

Keep them neat and pretty!

Tweets that are posted Mondays through Thursdays from 9am to 3pm get the most engagement on Twitter.

However, never, never post every day after 8pm and Fridays after 3pm. People have better things to do at that time, usually.

These tips will help you become a guru at Twitter Audience Platform.

Use them – grow your follower base!