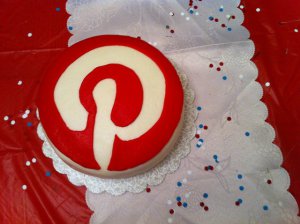 Few of us take Pinterest seriously: it’s cute, cozy and surely seems incomparable to the leviathans that are Facebook and Twitter. The most popular posts on Pinterest are usually cake recipes or furniture design communities.

So, you’ll be surprised: according to IBM Digital Analytics report, which analyzed holiday online sales, Facebook referrals drove an average of $101.38 per order, while Pinterest referrals averaged $105.75 per order. That’s a shocker! But how did that happen?

Since its opening in 2010 Pinterest has been constantly growing – with each year faster and faster. It’s net worth is near $5 billion, and almost 70 million users use it regularly. Yep, Facebook still beats it with 1.2 billin daily users. Sure, Facebook is worth $210 billion. But when it comes to promoting products, Pinterest suddenly is at advantage – it is like it was designed for boosting sales.

“Pinterest’s power is the volume of referral traffic it generates,” explains Jason Miles in his book “Pinterest Power.” “When it comes to that metric, it is already in very rarefied air. The top four sources of referral traffic are organic search, direct typing of a URL, Facebook and then Pinterest.” Miles is sure that at 280 million users Pinterest will defeat Facebook in driving Internet traffic and sales.

Helps in driving potential customers’ attention, catches the eye, is easy to process.

Pins do not disappear from the feed as quickly as tweets or Facebook posts. And even when they do, they stay available – basically, forever.

The average order coming from Pinterest is $80, higher than any other site including Google, Amazon and Facebook, which has an average of $40. Most people shuffling through Pinterest are intending to buy something.

Comscore calculated, that women on Pinterest are 30% more likely to shop or buy online than the average woman, and Pinterest users spend nearly two times the norm. And 85% of Pinterest users are women.

This year Pinterest’s results may yet surprise everyone. This is a tool that is often underestimated – and therefore can give you an edge against the competitors.