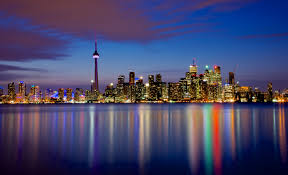 The Most Innovative Countries

A recent Bloomberg study had determined the most innovative countries in 6 spheres:

First place was awarded to South Korea - according to Bloomberg, it proved that any country can become economically successful through the interaction of government and private enterprise. In 1957, after the Korean War, the country's GDP per capita was the same as in the West African state of Ghana. Intensive technological research by Korean companies led by Samsung modernized the economy of South Korea.

To be an innovation leader you must also be the first in the industry. But not all industry spheres are equally innovative, Bloomberg writes – you cannot compare, for example, the production of chips and computer chips. Therefore, researchers calculate the revenues received from the sale of pharmaceuticals, automobiles and computer technology.

Swiss pharmaceutical giants Novatris and Hoffmann-La Roche are the leaders in this category. China took 41st place in the list. Despite the fact that the country’s industrial sector is huge, most of the products do not apply to high-tech area.

This is one of the few categories of the rating, which is not affected by the size of the economy and population. Though the fact that the United States got the first place, was pretty much expected, Bloomberg says. America has a lot of potential in this area. There are lot of high-tech companies - from Google to Monsanto (multinational company which is engaged in biotechnologies research).

Researchers determine the level of education of employees based on four factors: the percentage of college-age population with higher education, the percentage of the labor force with tertiary education, the annual output of engineers and specialists in new areas of science per thousand, the annual production of specialists in the field of science and technology graduates per thousand.

Pakistan, Kenya, Brazil and Indonesia are close to reaching a minimum level of higher education. A high level of literacy can be part of the innovation process, but this is not enough - for example, Russia has a great potential in natural sciences, but, according to Bloomberg, innovation isn’t its strongest side.

After the failure Nokia's defeat at the mobile phone market Finns vowed to be more versatile in a future and make the best of their brainpower, according to Bloomberg. Game sector is the most rapidly-growing - Angry Birds app proves it.

Iceland, Denmark, Israel and Singapore are small but prosperous countries. Iceland is the leader in genomics; Denmark perfected the pharmaceutical sphere, Israel - software, and Singapore – its electronics.

Patents protect and encourage creativity, safeguarding their owners against the theft of their ideas. But they may also hamper the development of science, since inventors are not allowed to use existing technologies. Countries whose citizens get a lot of patents (and attract lawsuits) are at the top of science and technology. South Korea took the first place in this category thanks to Samsung.

Disadvantages of the method

Measuring innovation index does not take into account an important factor that is difficult to assess - the role of government regulation. It can either accelerate or hinder the adoption of new solutions.

Lack of data also hinders the attempts to accurately measure the level of innovations in the country.