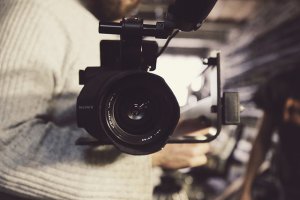 How to make your videos go viral

First viral video in the world is known by the title “Numa Numa” and features a teen lip-synching a song of a Romanian pop group O-zone “Dragostea din tei”. The song appeared to be quite catchy, and the boy did a good job performing – the video went viral almost instantly.

Ten years passed since then and we’ve seen different videos become even more popular than the original. South Korean singer PSY blew up the Internet with his hit “Gangnam style” – it reached over a billion views on YouTube, and at 2 billion it overloaded the YouTube counter.

There is seemingly no ultimate recipe for making your video viral. For a long time everyone agreed that a viral hit cannot be predicted – but more recent data proves otherwise.

Here’s the way to make your video viral:

The first tip to receiving a share is making people care about the information in your post or video. However, that’s not all: the type of emotions matter as well. The research by China’s Beihang University based on the emoticons used on Twitter shows that people are more likely to repost something funny than horrifying or saddening.

Recent study by the digital marketing agency Fractl shows that reaction of different age and gender groups to the viral content varies greatly. Therefore, it is not enough to create positive emotions to make your video go viral. You also need to surprise the audience. That’s the most important for people in their twenty-somethings, the so-called millennials. Men prefer joyful videos, women love the ones with emotional complexity and subtext.

One of the tools that motivate sharing, based on data from BuzzSumo, is the length of the content. In other words, long videos get more shares than short ones. And that also works with the texts – posts from 3,000 to 10,000 words receive more shares. So it’s better if your post consists at least of 2,000 words.

4. Keep it simple and connect

It seems that last summer every person on social platforms had thrown a bucket of cold water over themselves. Through the course of summer the ALS Ice bucket challenge helped gather $15,6 million for people with amyotrophic lateral sclerosis.

According to the New York Times, during the summer users shared more than 1.2 million Ice Bucket Challenge videos.

There were three points that made ALS Ice Bucket Challenge a hit: it was simple to do, it was big – so lots of people could be engaged in it, and it had a social purpose – so people felt good about sharing and taking part in the challenge.

There are three key elements that contribute to sharing: positive adjectives, knowledge-based verbs, and the promise of photos. People are eager to read something that is the cutest, extraordinary and unforgettable. Especially with photos attached.

Advertising is more effective if coming from the celebrities on YouTube, than from movies or direct adverts. If you are able to create a direct connection with a viewer, make it feel personalized and intimate, they are much more likely to share and promote your content.

7. Don’t forget about the fun

Canadian company Computan studied content of more than 300 companies’ social media accounts and came to the conclusion that out of different types of content – promotional, emotional, news-making and humorous – the last one was shared more often. Even TIME’s Top 10 Viral Videos of 2014 features seven humorous videos out of ten.

If you consider these 7 points, your content is more likely to go viral. Perhaps you will be the one to create a new Gangnam Style.