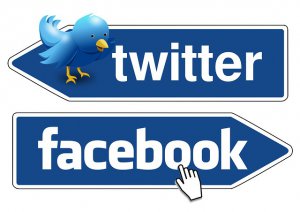 The main feature of the Web is its constant change. Facebook and Twitter are introducing some changes, too – and a skilled marketer should know about them and learn how to use them.

Twitter’s new search engine lets you search all tweets from as far back as 2006. Impressive, right? Half a trillion documents in Twitter’s database must’ve been one hell to index. But thanks to it, now you’ll have access to every Tweet ever.

That’s a big change, considering that before you were able to access only the tweets from the last week.

Twitter has also introduced an advanced search, so you won’t get lost in all those Tweets. Twitter’s help center will help with clearing your archive, if you wish.

With this feature, available only to iOS users (Android and twitter.com coming soon),prepares you a quick digest on popular tweets you might’ve missed.

Twitter Product Manager Paul Rosania expalins “Our goal is to help you keep up – or catch up – with your world, no matter how much time you spend on Twitter. With a few improvements to the home timeline we think we can do a better job of delivering on that promise without compromising the real time nature of Twitter.” This means frequent Twitter users will see the feature rarely, while those who use the platform once a week or so will get regular updates, so they can still stay informed.

Now Facebook users will be able to report fake stories in their newsfeed. “To reduce the number of these types of posts, News Feed will take into account when many people flag a post as false. News Feed will also take into account when many people choose to delete posts. This means a post with a link to an article that many people have reported as a hoax or chosen to delete will get reduced distribution in News Feed” – Facebook newsfeed states.

Facebook announced a keyword search in December. The update is supposed to make looking for certain posts or people. According to Facebook official Tom Stock: “You’ve given us a lot of feedback on the Graph Search beta. You’ve told us the most important thing is being able to find posts you’ve seen before, and now you can. With a quick search, you can get back to a fun video from your graduation, a news article you’ve been meaning to read, or photos from your friend’s wedding last summer.”

With these four changes, the all-favorite apps will become even more convenient to use. But, undoubtedly, even more changes are underway.

What do you think will they be?