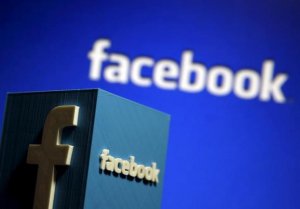 Facebook is officially the largest and the most influential social platform in the world. Basically, one in every 13 people on our planet already is present on Facebook.

Every business needs a Facebook presence if it wants to broaden its reach, gain new potential customers and boost the sales. And the social platform has helped a lot of businesses go viral.

However, today we want to honor the biggest social network in the world and humor the reader with 30 amazing Facebook facts you have never heard of.

2. At this exact moment, more than 250 million people are using Facebook through their smartphones and tablets.

4. On May 18, 2012, when Facebook went on IPO on the NASDAQ, Facebook’s shares were priced $38 for each, making the overall company value $100 billion – far exceeding such platforms as LinkedIn and Yahoo.

5. The average number of friends people have on Facebook is 338. However more than 40% of users have less than 100 friends.

6. Facebook statistic shows that nowadays two average users are only separated by 3.5 degrees – compared with 4 degrees in 2011.

7. A photo that generated the greatest amount of likes in history is a photo of Barack and Michelle Obama embracing after the reelection, signed “Four more years”. The photo has received 4,410,548 likes.

8. Facebook color scheme is blue not only because this color is traditionally associated with trustworthiness, but also because it’s SEO Mark Zukerberg has red-green color blindness.

9. There are more than 30 million business pages on Facebook, making it a vital advertising tool to every marketer.

10. You can change your language settings to English/Pirate, which will lead to a word “Captain” appearing before every friend’s name and the friends themselves will be changed to “Mateys”.

11. Three countries - China, Vietnam and North Korea – have banned Facebook. It is inaccessible from these countries.

12. The famous Facebook “Like” button was originally supposed to be “Awesome” button, but later the concept was changed to the milder version.

13. Around 300 petabytes of user data are stored on the Facebook servers.

14. In 2013, a study found that people who are actively using social networks are under the higher risk of getting depression.

16. Annoying “Poke” function still exists. As of now, person who have received more pokes than anyone is Yan D. from Singapore. He has received 1,000,069 pokes.

18. Facebook receives most of its profit from USA and Canada. In the third quarter of 2014 the social platform received $1.5 billion from American and Canadian users.

20. 22% of world’s advertising revenues go to Facebook. That is why Facebook presence is extremely important for every new brand out there.

21. Around 2 million advertisers are currently active on Facebook, and this number is constantly growing.

23. Al Pachino was the first “Face” of the Facebook, since the websites earlier version contained an image of a man’s face behind the binary code. The face turned out to be Al Pachino’s.

26. More posts do not equal more engagement. According to the recent studies, people who post no more than two times a day get 40% more engagement than people posting three times and more.

27. The previous point also mean you cannot promote your brand through organic reach only – you will have to boost at least some of your posts.

29. People watch more than 4 billion videos on Facebook every day. That is why you should use Facebook videos to promote your brand.

30. 68% of time the adult American Facebook users spend on the website is through mobile apps. Yet, there are not so many apps on Facebook – a thing worth considering while building your campaign.

Do you think we have missed any Facebook facts worth sharing? Let us know in the comment section below!